It doesn’t stretch from Sydney to the silver city, and there are no flame trees present, but a street in Adelaide now bears the name of one of Australia’s most famous rock bands.

Lead singer Jimmy Barnes was on hand for the official naming of Cold Chisel Lane, off Burnett Street, between Hindley and Currie streets.

Cold Chisel formed in Adelaide in 1973 before moving to Sydney.

Barnes said it was only a few streets away from the lane that he joined the band.

“Adelaide is definitely in our DNA as a band,” he said.

“It’s reflected in all our songs we write and certainly we cut our teeth and learnt how to play hard rock and roll [here].

“We refuse to let people sit down and watch our band, and we learnt that from Adelaide audiences.”

The lane and mural are near where Cold Chisel landed its first regular residency at the Mediterranean Hotel in the 1970s — now the location of the Red Square nightclub.

Barnes said the area was much cleaner and safer than when he would stumble around it after gigs in the band’s early days.

“I think it’s great that it’s opening up and people can go and listen to music, have a drink, be with their friends and reflect on great music,” he said.

Lord Mayor Sandy Verschoor said it was “an enormous credit” to Adelaide to have Barnes at the opening.

On Thursday, Lindes Lane, off Rundle Mall, was renamed No Fixed Address Lane, after the Aboriginal reggae rock band that formed in Adelaide in 1979 and played with Cold Chisel. 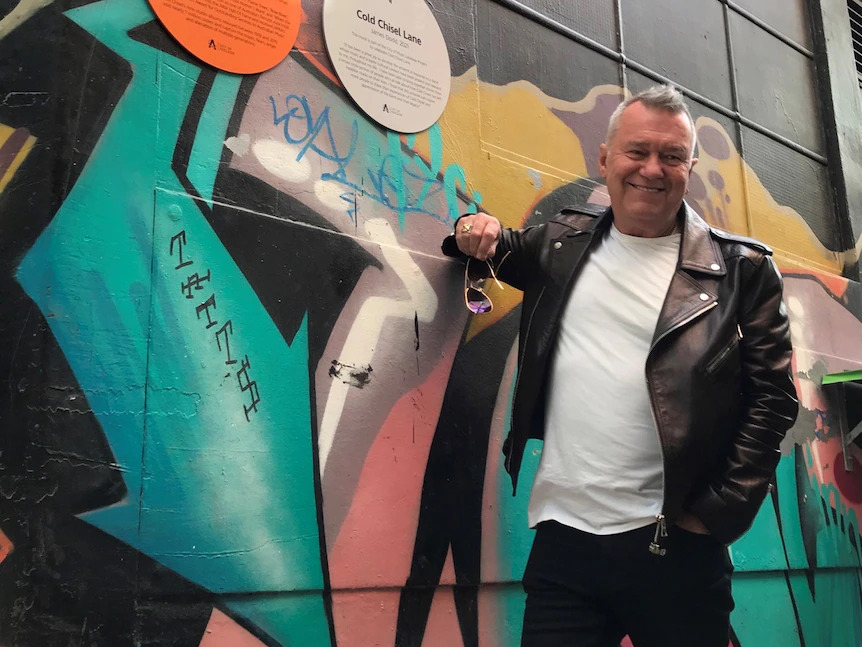